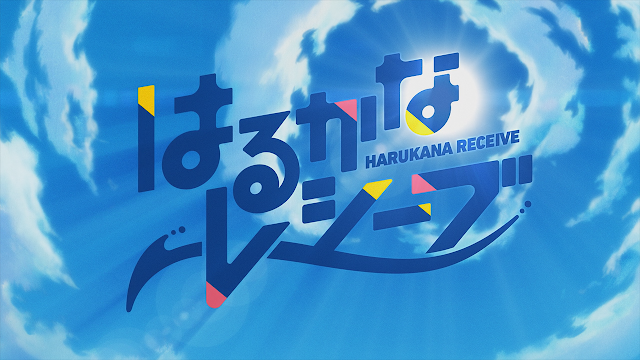 Oozora Haruka just moved to Okinawa to live with her cousin, Higa Kanata. Kanata used to play beach volleyball a lot until something in her past made her dislike it. But now that Haruka has shown interest in the sport Kanata wants to teach her, and slowly regains her love for it. The two will set out to compete in the junior tournament set up on the very beach next to them.
Oh man… lemme tell you it was hard to watch this how. It really got my bloom pumping. I could hardly contain my excitement. OK, that’s enough innuendos. Speaking of endos… the asses in this anime are out of this world. I mean godDAMN! But don’t think it’s all fanservice here. I was genuinely surprised at how much effort was put into making the volleyball matches look exciting. No, not THAT kind of excitement. Thought that was present ass wel
No comments: 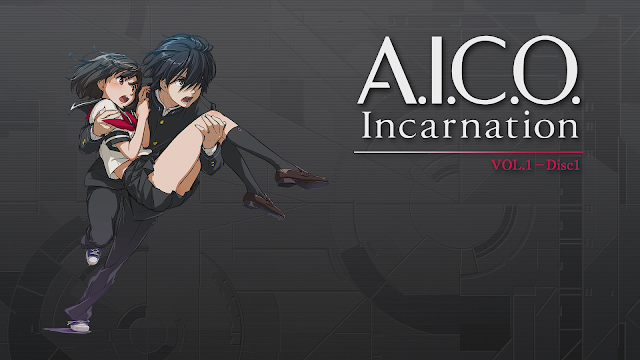 Japan 2035. What was supposed to be the research that changed the world turned into a nightmare when the incident named “Burst” took place. A sentient type of life called “Matter” ate away at the Kurobe Gorge, literally assimilating anything in its path. Tachibana Aiko lost her parents in the Burst, and became reliant on a wheelchair. Two years later as she attends high school, she meets transfer student Kanzaki Yuuya, and is so shocked that she stands up immediately. It seems Aiko is not what she appears to be.
A Netflix original (ahahahahaahhahahaha) that turned out to be quite decent, in my opinion. It had some really cool ideas, like those living suits that needed to eat and poop. Nothing special, but worth a quick watch if you want some Sci-fi action. I liked the aesthetic of it. 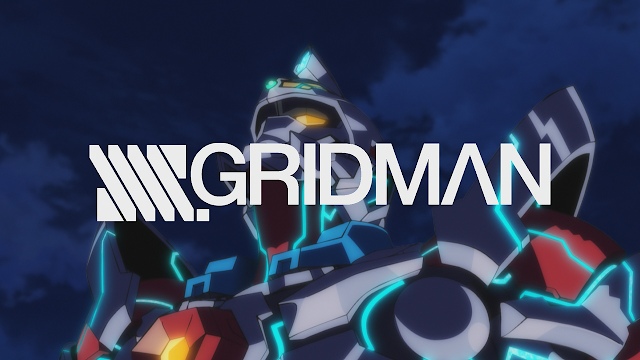 It’s time for Trigger to save anime again. SSSS.Gridman is based of the ultra popular (lol) Gridman series. You might have seen an old live action show called Super Samurai Syber-Squad (because poor literacy is kool), which is basically this, but you know… odd.
Yuta Hibiki waked up with complete amnesia. He does not even remember his own name. He’s the only one in town who notices that there are giant monsters all around. In reality those monsters constantly attack and kill people, but come the next day the town is put back together and anyone who died is thought of to have died a long time ago. Nobody even remembers the monsters. It’s during the next monster attack that Yuta hears a voice coming from a very old computer. Gridman is in that computer and he needs Yuuta’s help. Together they because a new Gridman, one who can stand up to the monsters. And so the story begins, with Yuta trying to piece together his past while also trying to find out what the hell is going on in this town.
Man, this show was based as hell. Battles are great, directing fantastic, and holy shit did I not see that ending coming. What’s that? You want eye-candy? Well you’ll get it. Rikka and Akane are gorgeous as hell, and… oh… that’s not what you meant? You meant the battles? Oh… well… you know… I though… Nevermind.
Subs from CR and both 5.1 and 2.0 audio tracks. 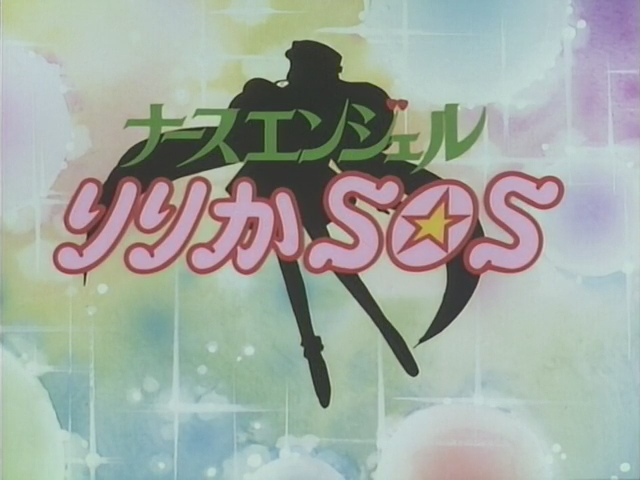 Ririka is just your average 10 year old girl. She spends time with her best friend Seya, and has a crush on her senpai. But little does she know that Kanou-senpai is actually an agent from another world sent here to save our planet from the evil of Black Joker. He is searching for the legendary Nurse Angel, the only one who can use the green vaccine to destroy the black vaccine used by Black Joker. And would you know it? Ririka just happens to be Nurse Angel.
If you haven’t figured it out, this is a magical girl series not unlike many before it, right? WRONG! This series is harsh. Before there was Madoka there was Ririka.
Ain’t no easy fights here. The dark side has unlimited supplies of the black vaccine but the green vaccine is very limited. And you ain’t finding any more. The battles are hard fought and nobody’s walking away without at least some pain. And guess what? Your family isn’t safe and the bad guys WILL go after them. The story starts off harsh but ends up fucking BRUTAL by the end. It’s a mahou shoujo as written by Nietzsche. Give the poor girl a break.
This show had a pretty high viewer count when it aired. Just one problem: it was the wrong viewers. The sponsor was a toy company who wanted to sell to kids. The viewers were mostly adults because the story was pretty girl and damn well written. Sponsors were not happy. Neither were the viewers, for the most part. The last two episodes just curbstomp your heart into the ground and then set it on fire.
PS: I am not that happy with the way this looks, but it’s DVD so there’s not much I can do about the encode. So as a one time deal, since I adore this show, I will be uploading a DVD remux of this. The .vob files with subs in .mkv. No encoding whatsoever. 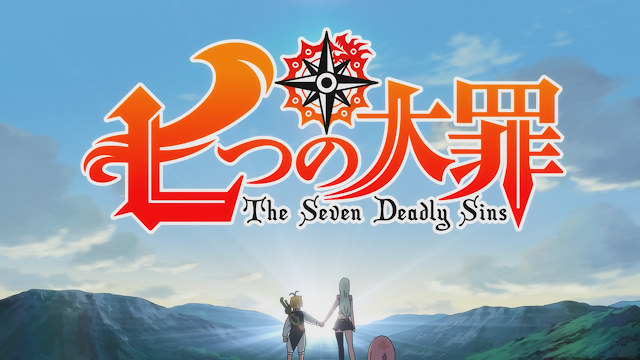 The kingdom of Liones was protected by the Seven Deadly Sins, a group of 7 mighty knights. But one day, the Sins betrayed the kingdom and were labeled as the greatest traitors. Now they are on the run and it’s the Holy Knights that protect the kingdom. But all is not what it seems. The protection of the Holy Knights is nothing more then abuse of power. When the second princess of Liones is on the run from the Holy Knights she encounters a young man who shelters her in his bar. Little did she know that this young man is the leader of the Seven Deadly Sins. So begins a quest to reunite the Sins and clear their name.
I had this done a long time ago (2016), but forgot about it. Subs are from Chyuu. Enjoy. 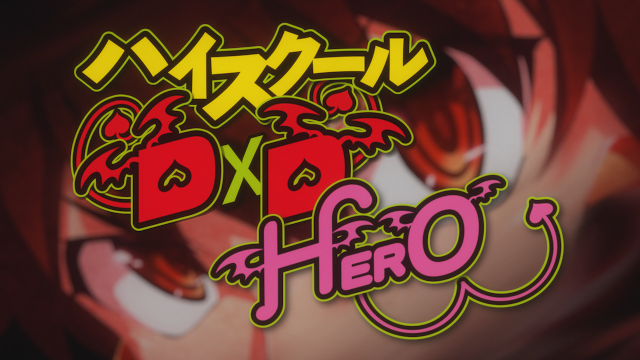 Season 4 stars with the retconing of the ABYSMAL second half of season 3. So yeah, everything that happened after the activation of the Juggernaut Drive in season 3 never happened. Thank fucking God. Passione is the new studio for this and I have to say they did a good job considering that the budget seems to have been slashed. Here’s hoping for more season to come.
Subs by SubDesu.If you’re wondering why I put the eye-catches in the torrent as well, it’s because those pics need to be 1080p for… reasons. 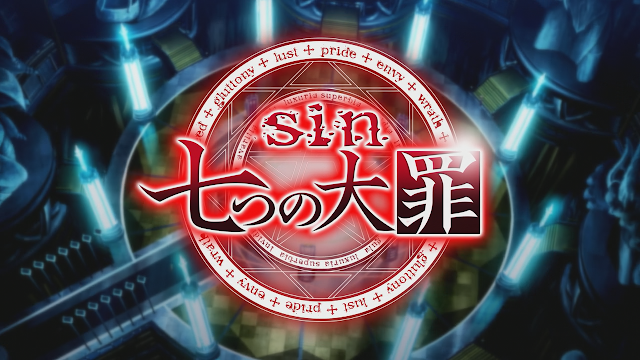 I’d usually write a description about the show, but to be honest, I’m still pissed about this one so I’m not going to.
This could have been an awesome ecchi show. And it WAS awesome… for 4 episodes. Then it went to shit. I was looking forward to seeing the Gluttony and Sloth lewd episodes but NOOOO, we gotta watch this shitty plot they came up with. FUCKING MORONS!!!
Anway, subs by RH for the episodes. The specials were done by me. Enjoy, or whatever. FUCK! I’M STILL PISSED! 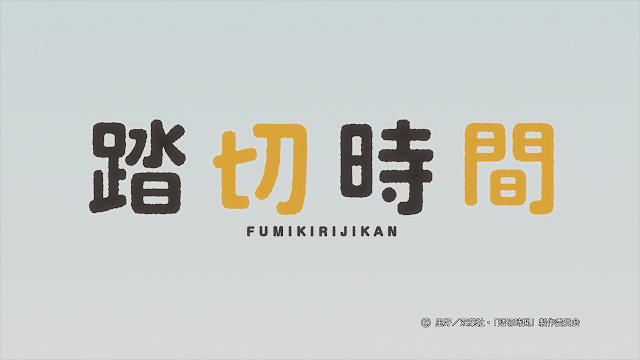 A small railroad crossing in the middle of the town. A place where people meet everyday on their way to wherever they’re going. A place of fateful encounters.
This is one of my favorite shorts from these recent years. The stories were charming and sometimes heart warming. I enjoyed them greatly. 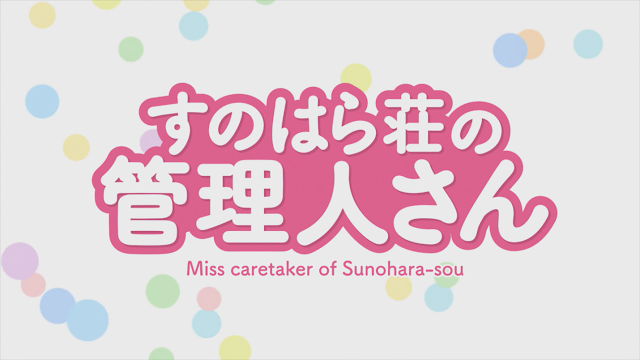 Ara, ara… what are you doing here little boy? Shiina Aki just arrived in Tokyo and will be living in the Sunohara house for the future. The caretaker there is Sunohara Ayaka, who is a kind, sweet, attentive and all around nice girl. She also dotes on Aki to the absolute extreme, from helping him bathe to dressing up in a revealing cheerleading outfit to help him study. Not that he can get anything DONE with her around…
I hope you like Onee-sama’s cause we’ve got plenty here. Subs by [HA／ss／].

Edit: By mistake I did not use the v2 subs made by [HA/ss]. Here is a link to them:
https://mega.nz/#!Jd8lxQBC!M1CdFKekEMjgFDyHRzaRXiITlcSmQWnIl8IQCzQX2ic
No comments: 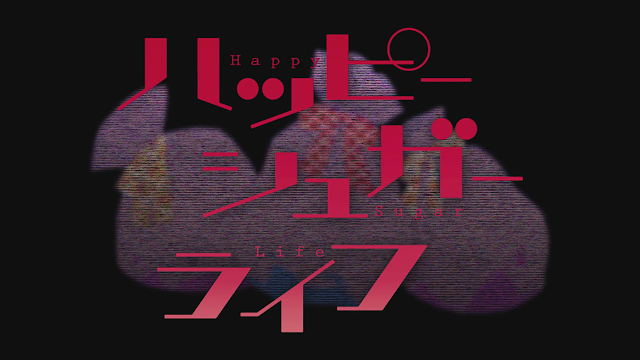 Matsuzaka Satou looks as sweet as her name implies (satou means sugar). While she does have an (unproven) reputation of being easy, she’s just so friendly and easy to get along with that everyone loves her. All Satou wants to do is finish her job, get payed and then spend time with her adorable little sister, Shio (shio is a type of salt). It’s just that things keep getting in the way. First is Satou’s manager who is jealous of how popular Satou is and keeps making things difficult for her. Then there’s her annoying friend Shouko who won’t leave her alone. And worst of all is Asahi who keeps looking for his little sister that disappeared and is now being taken care of by Staou. Can’t these people just leave Satou alone to be with Shio in peace? It’s the first time Satou’s even been in love and just wants to spend as much time with Shio as possible and…Yeah, so Satou’s fucking insane and kidnapped a little girl that she fell in love with. Now she’s doing everything she can to make sure people don’t find out, while also taking care of people who DO find out.
No comments: 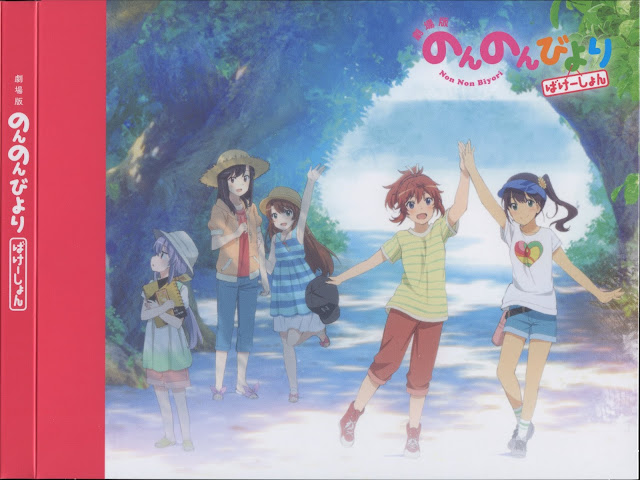 If I have to tell you what Non Non Biyori is we can no longer be friends. This movie is just what you need if you want to relax and watch some good old fashioned slice of life. Our lovely cast wins a vacation to Okinawa and we get to join them on all their fun activities. You can’t nyanpass this up.
Has FFF subs and both 5.1 and 2.0 audio. Enjoy.

The Seven Deadly Sins - Prisoners Of The Sky (Movie rating: 7/10) 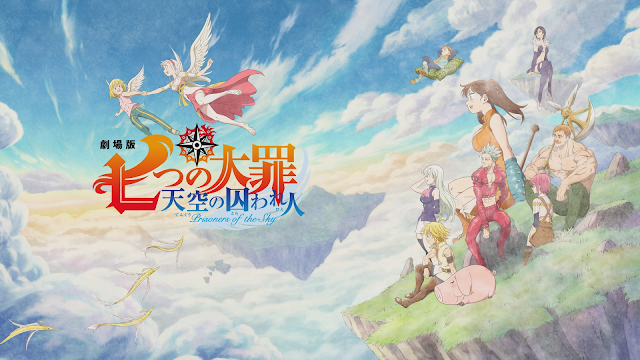 The Seven Deadly Sins - Prisoners Of The Sky is the movie we’ve kind of been waiting for. It takes place after the first half of the second season since they already have Escanor.
It’s an OK movie but a little anti-climactic since we’ve seen Meliodas take down foes far stronger when the generic demons in this movie. Still, it’s well animated and has some cool action scenes, even if the first half kind of drags on. Ending was fun though.
Basically, there’s this race of winged people, and one of them looks like Meliodas and one of them looks like Elizabeth. They confuse their own with Meliodas and stuff happens. Then demons attack and the good guys have to kick their asses. Standard stuff but well executed.
Subs from Amazon.
2 comments: